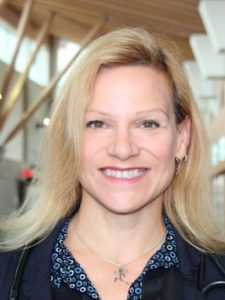 (250) 960-5414
pettersj@unbc.ca
(Contact info is for academic purposes only, NOT for clinical/patient related inquiries)

Optimizing and promoting brain health and cognition (aka “quality of mind”) is the overarching theme of Dr Pettersen’s clinical and research programs. In this regard, a major avenue of research concerns nutrition and cognition, particularly, the important role of vitamin D in cognition and dementia. Her research has linked insufficient levels of vitamin D to worse cognitive performance, and also suggests that the optimal level for cognition is higher than the sufficiency levels currently recommended for bone health. Her randomized supplementation trial in healthy adults revealed that higher dose vitamin D (4000 IU/d; compared to low dose, 400 IU/d) results in improved visual (nonverbal) memory performance, when given over an 18 week period. This work, published in Experimental Gerontology 2017, garnered much media and social media attention and also earned Pettersen international recognition: the Fritz Wörwag International Medical Research Prize, awarded in Berlin in May 2018. Ongoing work concerns the role of potential mediating factors, such as vitamin D receptor genetics, and current work aims to examine the importance of other nutrients that work in concert with vitamin D. Other areas of research focus have included vascular contributions to brain health/cognition and have involved collaborative studies with colleagues at UBC, the University of Toronto, and UNBC; and exercise in dementia, which is being studied in collaboration with colleagues at UNBC, the University of Waterloo, and Dalhousie University. Dr Pettersen is a Co-Investigator and Site PI for the COMPASS-ND study (pan-Canadian observational study on dementia, conducted by the Canadian Consortium for Neurodegeneration in Aging), Mixed Vascular/Alzheimer’s Study (observational study on vascular dementia, Alzheimer’s and mixed dementias), and the SECRET trial (a Canada-wide randomized trial of rivaroxaban versus warfarin in the treatment of cerebral venous thrombosis).