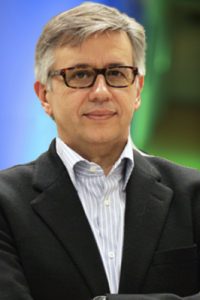 Dr. Benavente held staff neurologist positions at UTHSCSA until 2009, during which time he also became a Professor in the Department of Neurology and Director of the Stroke Program. In 2009 he relocated to the University of British Columbia in Vancouver where he is currently Professor and the Research Director of the Stroke and Cerebrovascular Health Program. Dr. Benavente specializes in cerebrovascular disease, particularly secondary stroke prevention, and is actively engaged in clinical trials research in this area. Most significantly, he is the Principal Investigator of the recently completed, funded by the National Institute of Health of US/NINDS, Secondary Prevention of Small Subcortical Strokes study (SPS3 trial), the largest clinical trial to date investigating optimal antiplatelet therapy and hypertension management for lacunar stroke patients. Over 3000 participants were recruited in 8 countries between 2003 and 2012.

Dr. Benavente is certified by the American Board of Psychiatry and Neurology (Neurology and Vascular Neurology) and is a Fellow of The Royal College of Physicians and Surgeons of Canada. Over the length of his career he has authored more than 70 peer-reviewed publications and presented at numerous international conferences, including the American Heart Association International Stroke Conference and the European Stroke Conference. He has been a peer-reviewer for multiple publications and has been a member of several DSMB committees for stroke clinical trials. He supports developing and encouraging promising clinician-scientists and currently supervises several post-graduate fellows and medical students.