The Donald W. Paty UBC Neurology Endowment Fund has been established at the University of British Columbia through gift from the support of Dr. Donald W. Paty.

Dr. Donald W. Paty was a former Head and Professor in the Division of Neurology at UBC. His accomplishments as a clinician-neuroscientist have been exemplary and serve as a model for academic neurologists at UBC. He was a visionary, his ideas were quite ahead of their time and profoundly influenced the understanding and treatment of MS. Renowned as a world authority in multiple sclerosis, Dr. Paty introduced many research and therapeutic innovations that are now standard practice in the management of MS.

The fund will provide support for the development and support of academic neurology within the Division of Neurology at UBC. 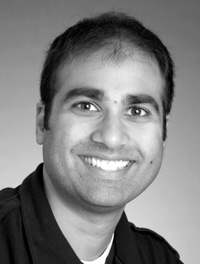 Dr. Naveen Deshpande was raised in Oakville, Ontario and received his MD from Queens University in April 2004.  He came to UBC as a Neurology resident later that year.  In 2006, he developed leukemia and after taking a year’s leave of absence, Naveen returned to work as a co-chief resident, only to suffer a relapse in March 2009.  Sadly, Naveen passed away on October 13, 2009 and will always be remembered for his optimism, his concern for others and his courage.  Naveen was a wonderful person, an excellent doctor and is dearly missed by all who knew him.

It was Naveen’s desire to leave a legacy that would encourage resident education and foster opportunities that bring staff and residents together.  So in his memory, after consultation with him, we have established an annual lectureship with the purpose of bringing to UBC a leading figure in Neurology who can serve as a catalyst to stimulate enthusiasm and discussion between residents and faculty.  We believe this is the best way we can honour Naveen’s memory and let his family know that he will not be forgotten.

The lectureship is seen as a major academic event in our Division’s yearly activities and the invitees are selected based on their capacity to serve as role models for residents and staff, their commitment to education and their recognition as compassionate and ethical clinician-educators.

An award has been available through an endowment established in honor of Dr. Stephen D. Clarke for a third or forth year Neurology resident who demonstrate strong clinical and communication skills as well as commitment to and strength in teaching. The award will be used for a Neurology resident to attend a conference related to the recipient’s interest in Neuroscience or medical education. The award was created in honor of Dr. Stephen D. Clarke, a masterful clinician and a dedicated and consummate teacher for the Division of Neurology at St. Paul’s Hospital between 1985 and 2014. The award is made on the recommendation of the Neurology Awards Committee 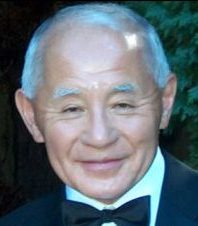 Dr. Stanley Hashimoto joined the UBC medical faculty in 1974. During his 45 years practicing neurology, he shaped the careers of many neurologists who have continued his legacy of compassionate care and clinical excellence. He passed away on December 3, 2016, at Vancouver General Hospital where he served as a neurologist for more than four decades.

Stanley was the director of UBC’s post-graduate neurology program from 1990-2001, which he described as some of the most rewarding years of his career. Through his tenacity and passion for training future neurologists, he personally raised funds for residents to attend conferences and financed additional learning opportunities, while attending to his private practice and university appointment. He once expressed: “I have a special bond with many of the graduates of our program, which continues to this day, something that I treasure greatly.”

From 1980 to 2000, Stanley and his close colleague, Dr. Donald Paty, established the University of British Columbia Multiple Sclerosis clinic, which has grown to be the largest and most respected MS clinic in the world for its multidisciplinary approach to treating and supporting MS patients. In the latter years of his practice, Stanley expanded the UBC MS clinic reach by establishing satellite clinics in Prince George and Victoria, where he attended clinic regularly.