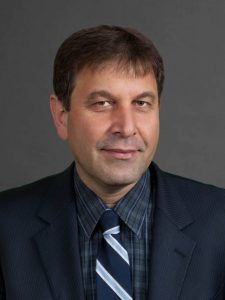 Yahya graduated from Isfahan University of Medical Sciences in Iran in 1990 and did his neurology residency in the same University followed by Iranian National Board of Neurology Certification in 1995. After 5 years of practicing as a general neurologist with an academic position at the University of Medical Sciences in Ahwaz-Iran, he had training in epilepsy at Montréal Neurological Institute and hospital between 2000 and 2003. Subsequently he practiced as a neurologist and epileptologist in Winnipeg-Manitoba with an academic position for over eight years then he moved to Calgary where he practiced as epileptologist with an academic position between March 2, 2012 and August 31, 2018. He has passed the Canadian qualification exams including neurology certification of the Royal College of Physicians and Surgeons of Canada in 2009. His research interests have been clinical epilepsy, EEG-fMRI, and intracranial EEG including high frequency oscillations.